I enjoyed these books so this post is meant all in fun!!!

(Clan Of The Cave Bear) 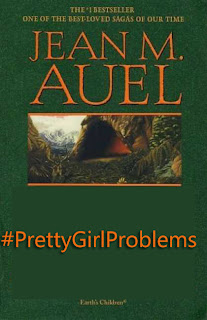 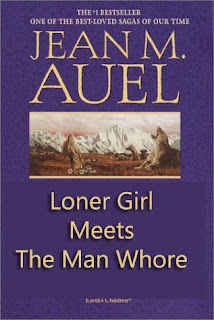 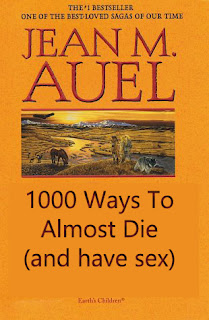 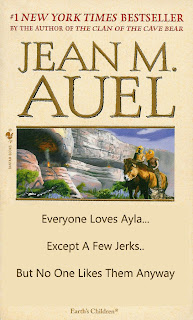 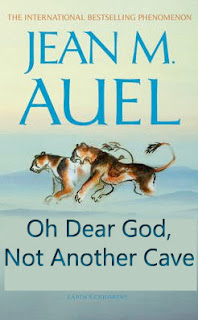 Posted by Unknown at 9:33 AM No comments:

Another free book from FreeBooksy!

This book started with so much promise. It's a thriller with zero fantasy elements. There WILL be spoilers.

It does start off pretty creepy. People are disappearing and you aren't told WHO or WHY. (Unless you read the teaser) You do get to see HOW they're being abducted so that's sort of neat.

Neil tries really hard to make the protagonist an average Joe. He has an average job doing computer work, he's not married, a few friends, and he tries to be a "nice guy." The novel basically begins with him doing a good deed and getting screwed over (and beat up).

He gets to know what it feels like to be homeless for all of a few hours. OMG he *truly* understands now! (insert me rolling my eyes)

He ends up saving the day when people start turning up dead. Classic ending.

Now for the sarcasm!

If you want to piss me off when I'm reading your book be sure and do this:
- Introduce a character
- Make that character seem important. Make us CARE about this guy. Keep talking about him.
- NEVER SHOW HIM AGAIN.

I ended up seriously frustrated. Really? It's something small, but it was a big deal to me.

Other than that, the book is your standard thriller. Something scary is happening and the protagonist has to swoop in and save the day. The concept was interesting though. The ending also felt rushed after the beginning was drawn out.
Posted by Unknown at 8:15 AM No comments:

Email ThisBlogThis!Share to TwitterShare to FacebookShare to Pinterest
Labels: Meh

I got this book free thanks to a heads up from FreeBooksy!

If you like creepy without graphic violence or sex THIS is the book I recommend. It's Young Adult so the language is clean, the violence is tame, and there's no sex. It's just downright creepy.

I recommend it so highly I don't want to spoil it!

I will say, however, don't feel rushed to read the sequel. It serves as a background to this book and it's really not as good. Necessary, but sort of boring. I'm hoping that the 3rd book is better!
Posted by Unknown at 7:55 AM No comments:

Email ThisBlogThis!Share to TwitterShare to FacebookShare to Pinterest
Labels: Recommended 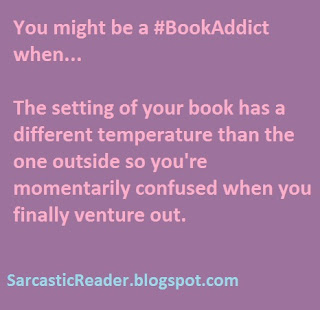 Posted by Unknown at 6:23 AM No comments:

This isn't so much a post on a book or TV show...more just a rant.

WHERE IS THE WHISPER PACKAGING FOR SNACK FOODS?

I've ranted about this on my Facebook before. I want quiet packages for foods that I don't want to share. That way I can eat a freaking Oreo without children running in and asking for a piece.

Seriously, we have quiet packaging for tampons but not this? Heaven forbid another WOMAN in the BATHROOM know that you're on your period. Grow up. As a girl in college said, "Once a month you bleed from your vag and you need to be adult enough to talk about it."

So take that science and use it somewhere useful. Moms around the world need this! We deserve chocolate that we don't have to share OR have to wait until bedtime to enjoy. We're tired of hiding in bathrooms and closets to get our fix. We're junkies, dammit. I don't care if the Hershey bar says "package provided by Playtex" on it. I'm just tired of the "can opener effect" when it comes to junkfood and my kids.
Posted by Unknown at 10:46 AM No comments:

Email ThisBlogThis!Share to TwitterShare to FacebookShare to Pinterest
Labels: Rant

I started this blog because I got tired of tearing apart books on Facebook statuses. I'd like to have all of my thoughts in one place and prefer blogging to FB notes.

The first book on the chopping block is "Wicked Ties" by Shayla Black. 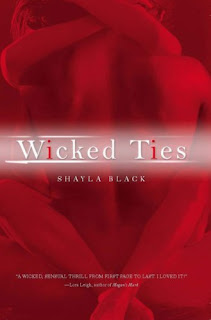 I don't know why, but I had high hopes for this book. They were dashed.

We'll start with the few positives.

- The man isn't a crazy stalker. In 50 Shades he traces her cell phone (because he's rich and he CAN). There's nothing like that here. Yes, he does have an ulterior motive for meeting up with her but it's not OMGDON'TLEAVEME. That was nice.
- The man isn't a millionaire playboy. He's a well-known dominant but, unlike other books in this genre, he's not crazy rich and he doesn't own every freaking building in the city.
- The woman isn't a simpering weakling! She's also not a virgin. Inexperienced, yes. Weak? Not so much. This was another nice change.

So what was wrong with it? Let's start with my BIGGEST complaint.

I'm serious. Throughout the beginning she mentions to the reader that she secretly wants to be dominated but is afraid she'll like it. (Her douchebag ex told her she was depraved for her fantasies) Well, at one point she wakes up tied to the 4-poster bed with Jack pleasuring her. She struggles and tells him no...and he keeps going and talks about how her body is responding so she obviously wants it.
Now, at first glance "she's been talking about how she wants it." Yeah, to US. She has never once said that to HIM.
So take away the inner dialogue...and she's tied up against her will, saying no, and he refuses to let her go.


Now for the nit-picking!

- Jack gives in to her ultimate fantasy of two men at once. Why? Because he believes, and she confirms, that they will never be able to be happy unless she gets this. Um, what? If you don't get your ultimate fantasy you can never be happy in a relationship? I totally call bullshit. Millions of marriages are doomed if this is true. Put it in your Spank Bank and move.on.

- The quickest way to kill a sex scene for me is to use the word c*nt when talking about a woman's body. (I can't even TYPE IT it bothers me so much) That word is just not sexy.

- Describing a woman's lips as "bee stung" doesn't make me think of full, sensual lips. It does the opposite and makes me think of this:

but she does it several times.

- When talking about how turned on she is by his voice the author puts it like this: "one that made her stomach tighten…and her womb clench." I laughed out loud. When your "womb" (uterus) clenches it usually means you have cramps...which aren't sexy.

So, if you can get past the rape (calling it like it is here people) it doesn't suck. It's better than 50 Shades of Grey in my opinion. However, getting punched in the face is "better" than getting smacked with a baseball bat...but neither is pleasant.
Posted by Unknown at 5:17 PM No comments: